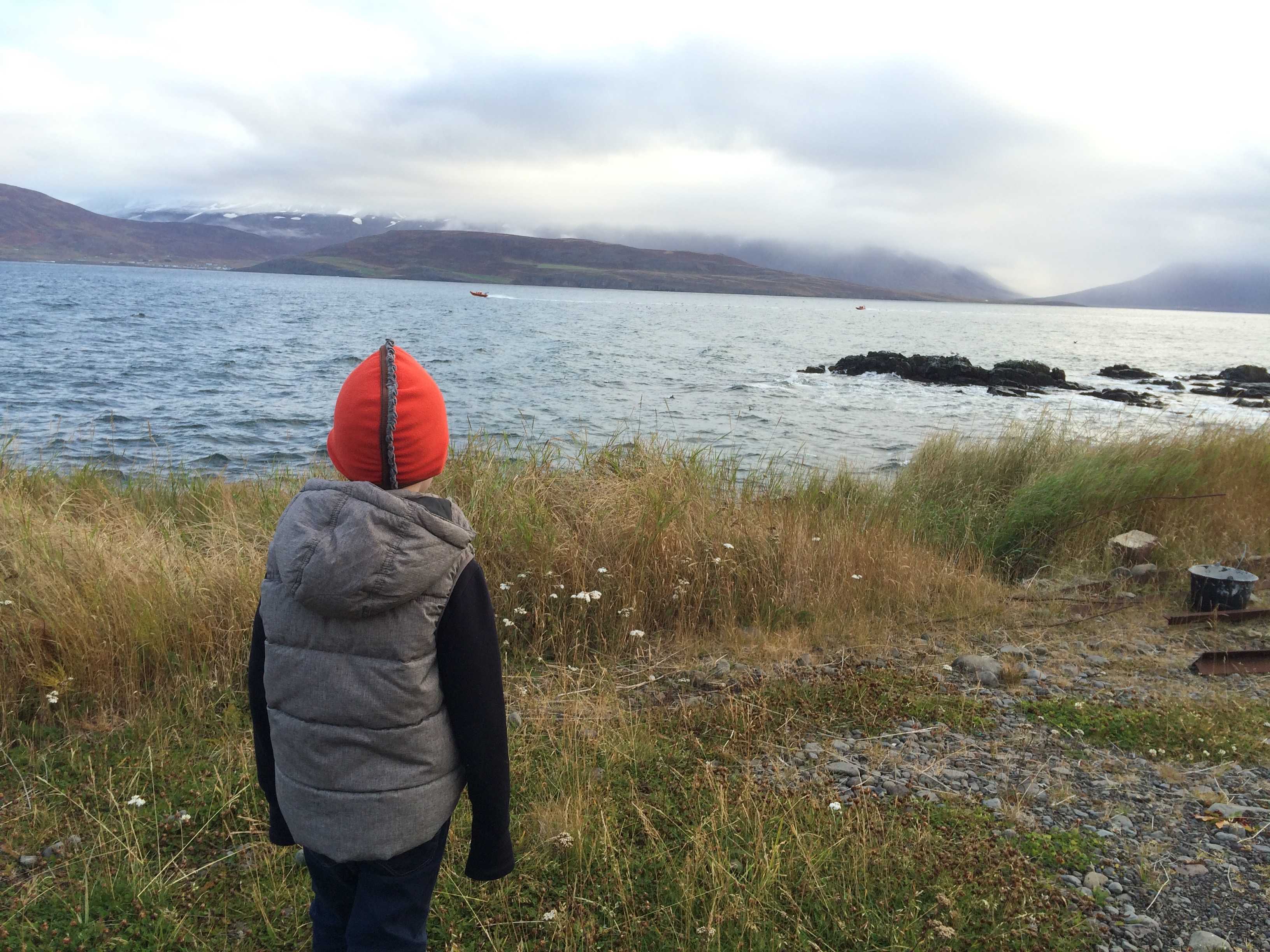 Do you know the buzzing cities with crowds of people, steaming atmosphere and noise that dives into your ears?

Well, Hauganes is the opposite of that.

It wouldn’t be fair to say that Hauganes was a busy town/village. There are no shops/kiosks or gas stations that very often become the social center for the locals. Most people buy their groceries in the nearby towns of Akureyri (25 km south) or Dalvik (12km north) and the rule of thumb is that if you don’t have it maybe you don’t need it that much.

But it wasn’t always like that. In the 1990’s there was a gas station in Hauganes and for a few months also a supermarket, about a 100m away. In the late 90’s they both disappeared, first the supermarket which is now a renovated family home, and then the gas station. It’s only remains is a lonely car wash parking space – a necessity when the roads were mostly gravel roads and very dusty, but not really used anymore.

But what effect did it have on the people, most people were already doing their groceries shopping elsewhere – at supermarkets with lower prices and more variety. It all comes down to planning and even though it would be nice to be able to make a quick run for a pint of milk or a loaf of bread, it really doesn’t bother people that much.